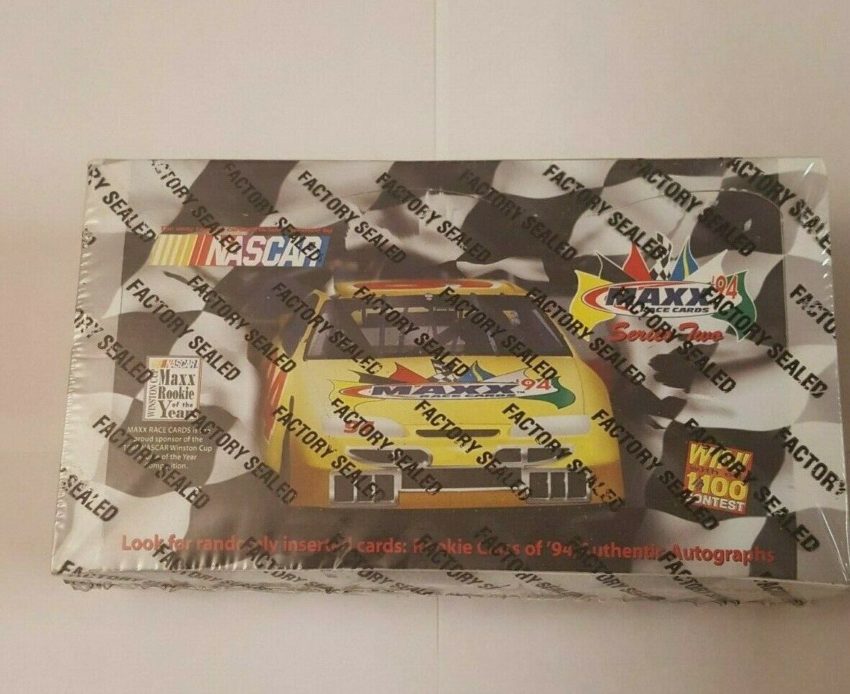 I found a bunch of loose packs at the National.  So there will be quite a few updates in the days \ weeks ahead.

Today we are busting 5 packs of 1994 Maxx Series 2 wax packs.  The 1994 Maxx set was released in 2 series with the first series also available via factory sets.  The factory set was series 1 (240 cards) plus 4 Rookie Class of ’94 inserts.  The wax packs contain 10 cards with 36 packs per box.  Jumbo packs were produced for series 1 with 20 cards per pack. Also found in Maxx Series 2 packs are autographed cards that have been crimped with Maxx’s corporate seal.  Wrapper stated odds for an autographed card was 1:200 packs.