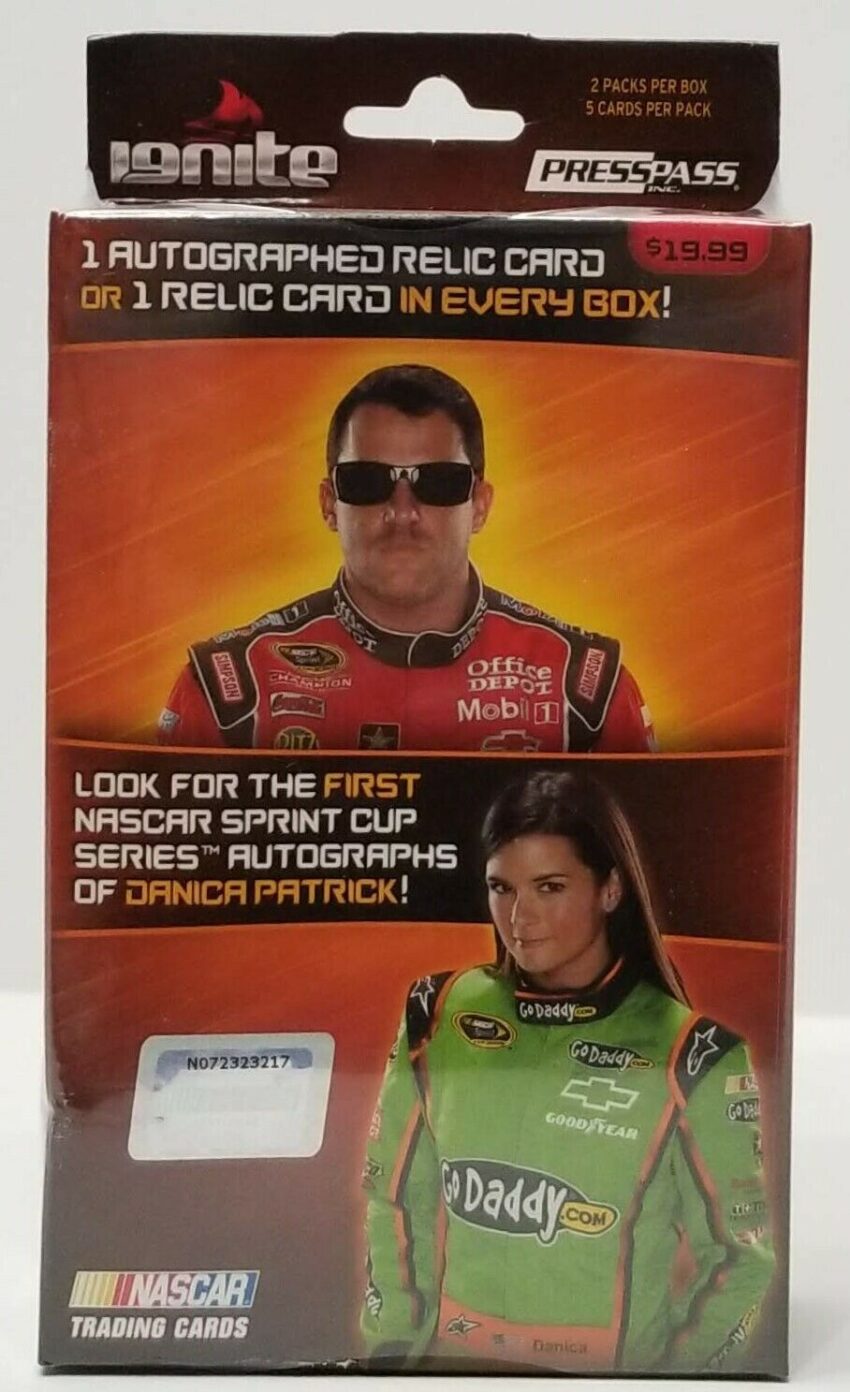 I found a retail box of 2012 Ignite at Walmart to break here.  The retail boxes have one autographed Relic or Relic card plus one color Proof base Parallel card per box.

This is the first year for the IGNITE line of cards from Press Pass.  This issue reminds me of the Press Pass VIP line they use to put out.  The cards are nice with close up driver portraits on a colored background.  The driver portrait is in an oval which has a glossy finish while the edges do not.  The bottom of the card has some silver foil wings and the driver name is also in silver foil in a little oval that has a flame background.  The back shows the driver standing in their driver’s suit and a little write-up about their 2011 accomplishment.  The cards overall are very nice with a very large driver photo on the front.  These cards would be great to get autographed once you remove the gloss due to the great up close photos.  I liked the Top Speed subset cards (51 – 70) because the cards are very colorful.  The glossy picture of the driver’s car pops out against the rest of the card which does not have any gloss on the card front.  The backs have a head shot of the driver with the same photo of the car with some information about the 2012 Daytona 500 their qualifying speeds.

If I had any negatives about this issue it would be the drivers name on the front.  The name is hard to read due to the silver foil and small font.  If you tilt the card the name looks good in some angles but not others.  The driver’s full name and copyright or trade mark logo are on one single line.  The type on the back is small with no driver stats but there is a great full length photo of the driver in their driver suit to draw your eye to.

Inserts: The inserts are nice but the Limelight and Profile inserts kind of look alike due to the heavy foil fronts.