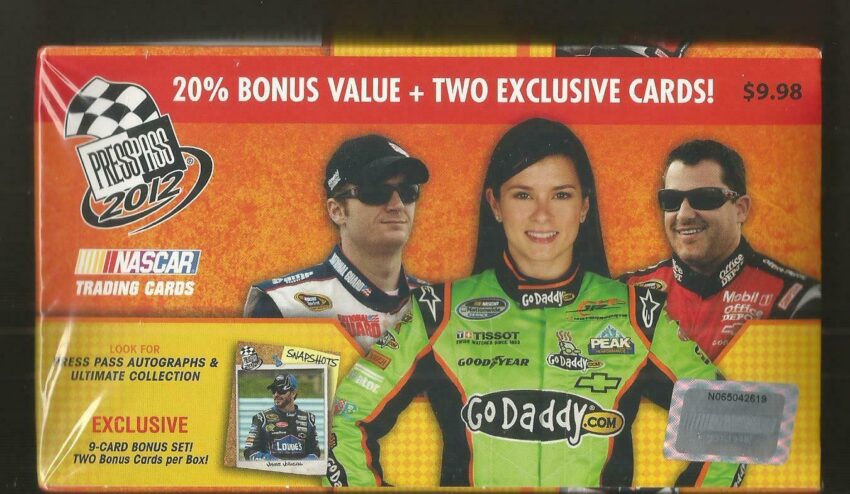 First let me say Happy New Year to everyone.  One resolution for me is to update the site on a regular schedule for 2012.  2012 is going to be a great year because Press Pass has some new products coming out this year.  I will also be showcasing a lot more older sets and insert sets from years past.  I also might have a few things up my sleeve as well for the New Year!

Press Pass 2012 Racing is back with bigger hits than ever, delivering unprecedented excitement and value!

Every half case includes:

Look for the all-new Power Packs!  A special “Power Pick” set, including #’d parallels and press plates, available only through this year-long promotional program, bonus autographs and memorabilia cards, instant win redemptions, race tickets, and other great prizes! Here is a Retail Blaster Box break I did.