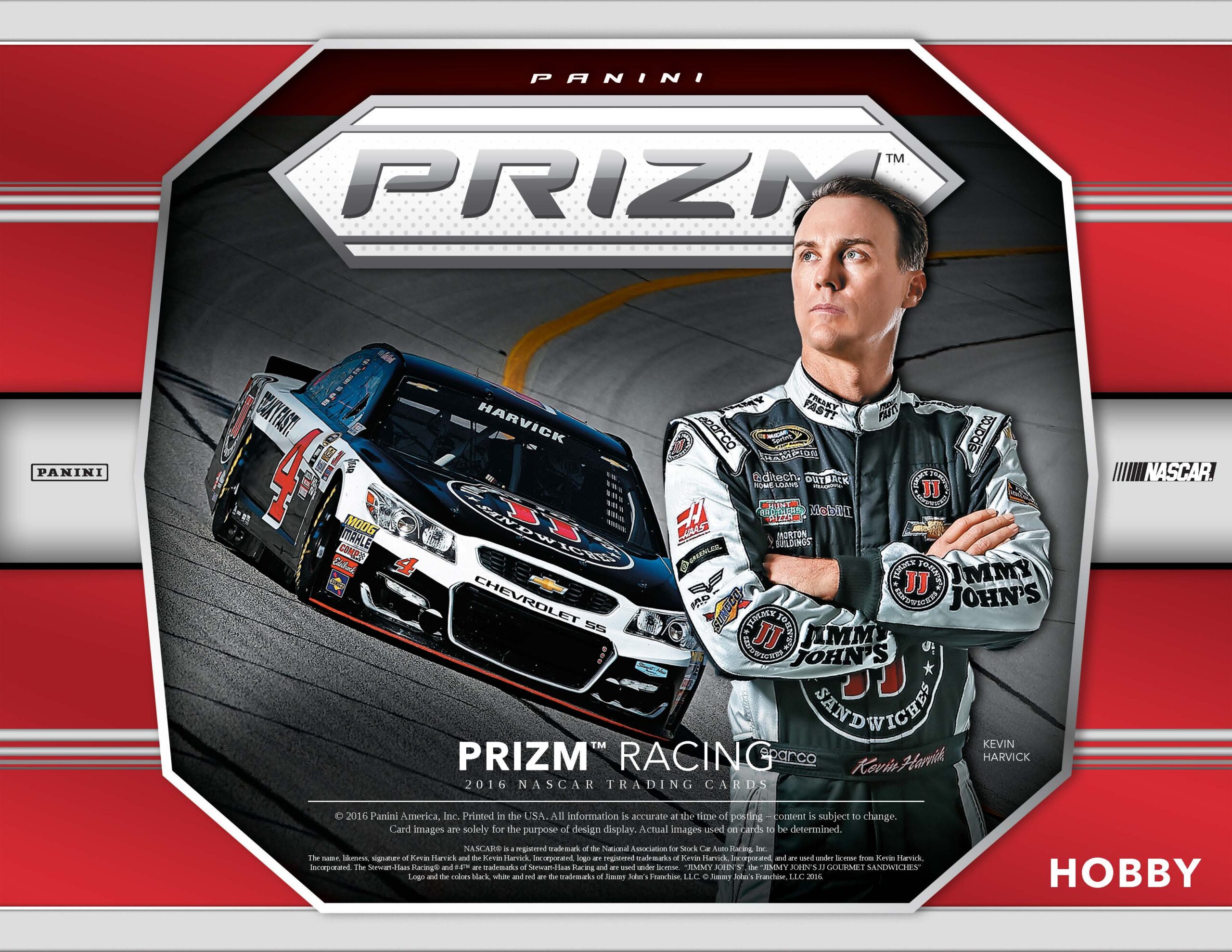 Coming soon to retail outlets July 27th, 2016 will be Panini Prizm NASCAR trading cards. It’s been awhile since we had any new products.

Collectors, start your engines. (And if they’re already started, rev them up just a little bit.) Panini America’s long-awaited first NASCAR trading card product is speeding your way. And once 2016 Prizm Racing arrives in hobby shops across North America in late July, there will be no slowing down.

Wielding one of the most popular technologies in its expansive arsenal, Panini America will begin its NASCAR career by introducing collectors to the many merits — and parallels — of the Prizm brand. Each hobby box of 2016 Prizm Racing (four cards per pack, 20 packs per box, 12 boxes per case) will deliver, on average, one autograph, two memorabilia cards, 10 Prizms, one Green Prizm numbered to 149, two additional Prizms numbered to 99 or less, two Winner’s Circle, one Winner’s Circle Prizm, two Competitors, one Competitors Prizm and three additional inserts.

Other highlights of Panini America’s history-making first NASCAR release are many and include . . .

We’ll have plenty more on the history-making first NASCAR release from Panini America in the coming weeks right here on The Knight’s Lance. But for now, enjoy this first extended sneak peek: